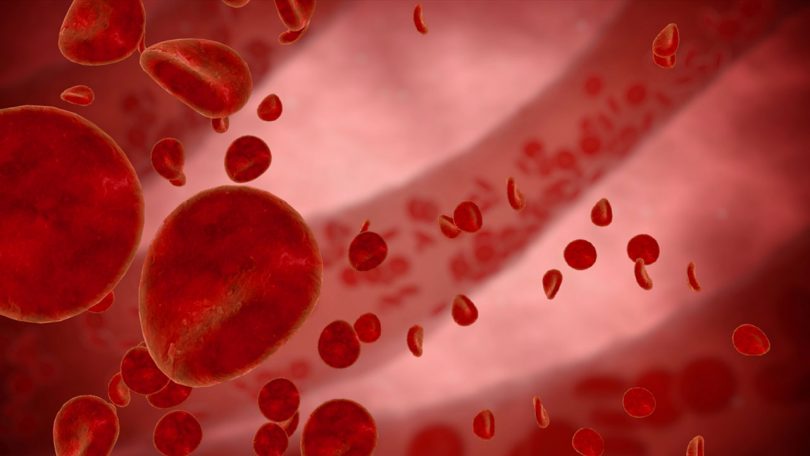 According to the long-held view of fossilization, for a T rex. fossil to be filled with the presence of soft tissues, collagen, osteocytes, medullary bone, translucent blood vessels, and even red blood cells was simply impossible. Afterall, such remains were at least 65 million years old. However, biologist Mary Schweitzer’s discovery has found such structures in dinosaur fossils and has single handedly turned such conventional wisdom on its ear. Either these structures are false or the dates of the dinosaurs are false: both cannot be true.

Dinosaur Soft Tissue Discovered
Fully excavated in August of 2005, after years of hard and dedicated field work, Mary Schweitzer Paleontologist, PhD, Paleobiology, Evolutionary Biologist, and Molecular Biologist of Montana State University and her team unearthed a Tyrannosaurus rex fossil they discovered in Hell Creek Montana. The specimen was estimated to be 65 million years old. The T. Rex was fondly nicknamed ‘B. Rex’ and then ‘Bob Rex’ until later when “Bob” until he was discovered to be a she, a pregnant eighteen year old female.

How was the Soft Tissue Discovered?
The discovery occurred during the transport of the specimen. Jack Horner a curator at the Museum of the Rockies of Bozeman Montana explained regarding the process of securing the specimen from its sandstone grave, “The dinosaur was under an incredible amount of rock, when it was collected, the specimen was very far away from [the] road, and everything had to be done by helicopter. The team made a plaster jacket to get part of the fossil out, and it [the fossil specimen] was too big for the helicopter to lift. And so we had to take the fossil apart. In so doing, we had to break a thighbone in two pieces. When we did that, it allowed [our paleontologist Mary Schweitzer] to get samples out of the middle of the specimen. You don’t see that in most excavations, because every effort is made to keep the fossil intact. Because the leg bone was deliberately broken in the field, no preservatives were added. As a result, the soft tissues were not contaminated.”1

Once, while Dr. Mary Schweitzer was working with the T. rex skeleton harvested from Hell Creek, she noticed that the fossil exuded a distinctly organic odor.

“It smelled just like one of the cadavers we had in the lab who had been treated with chemotherapy before he died,” she says. Given the conventional wisdom that such fossils were made up entirely of minerals, Schweitzer was anxious when mentioning this to Horner. “But he said, ‘Oh, yeah, all Hell Creek bones smell,'” she says. To most old-line paleontologists, the smell of death didn’t even register. To Schweitzer, it meant that traces of life might still cling to those bones.

One day a collaborator brought a T. rex slide to a conference and showed it to a pathologist, who examined it under a microscope.

“The guy looked at it and said, ‘Do you realize you’ve got red blood cells in that bone?’ ” Schweitzer remembers. “My colleague brought it back and showed me, and I just got goose bumps, because everyone knows these things don’t last for 65 million years.”

Textbook Fossilization was wrong?
Prior to the discovery, any textbook would report that during fossilization of blood vessels, skin, soft tissues, and muscle would certainly decay and disappear very quickly. No textbook expected soft tissues to last on a fossil for more than thousands of years even under the very best of conditions. Now here were these soft tissues found with transparent, pliable blood vessels containing red blood cells [and Jurassic Park fans even perhaps yet to be confirmed DNA]. How could these soft tissues have survived thousands of years let alone the bewildering idea of some 65 million years? Mary Schweitzer stated in a 2014 interview considering the magnitude of what the evidence implied. She said, “In the end it left two alternatives for interpretation: either dinosaurs’ aren’t as old as we think they are, or maybe we don’t know exactly how these things preserved.”2

“By all the rules of paleontology, such traces of life should have long since drained from the bones. It’s a matter of faith among scientists that soft tissue can survive at most for a few tens of thousands of years, not the 65 million since T. rex walked what’s now the Hell Creek Formation in Montana.” But Schweitzer tends to ignore such dogma.

Schweitzer’s Dangerous Discovery, When this shy paleontologist found soft, fresh-looking tissue inside a T. rex femur, she erased a line between past and present. Then all hell broke loose.” By Barry Yeoman, Thursday, April 27, 2006

Dinosaur ‘shocker’   The evidence overwhelmed the scientific community as they collectively sought answers to this quickly growing “controversial” soft dinosaur tissue discovery. The discovery was controversial because the evidence did not fit into any accepted model. How could a specimen millions of years old still have flexible soft tissue? To add fuel to this fire, it was found that in fact it was common for soft tissue to found in fossil specimens. It was found that about 50% of the samples tested [some specimens coming from the Jurassic period supposedly some 145.5 million years old] had soft tissues.3

How had soft tissues never been discovered before?
In light of this stunning new revelation that approximately 50% of the samples had soft tissue, a new question surfaced: why hadn’t tests been conducted on literally any other past collected fossil specimen? This question was proposed to Thomas Holtz Jr. of the University of Maryland he said, “The reason it [hadn’t] been discovered before is no right-thinking paleontologist would do what Mary did with her specimens”4 [emphasis added]. Clearly, “right-thinking” here refers to any scientist assuming current accepted models would not expect to find such evidence. Of course, since the 1800’s and the domination of Darwinian evolutionary models no ‘right-minded’ scientist would expect to find soft tissue in bones supposed to be millions of years old, and as history proves, literally no one did. In other words, if it does not fit “the model” science never looked.

Solution to soft tissue preservation theorized: Iron
By 2007 the scientific community could breathe a sigh of relief. Mary and her team did research and found that “iron is in abundance in the blood which is highly reactive with other molecules, so the body maintains these molecules in tight confines. Iron binds to molecules which prevent these molecules from wreaking havoc on the tissues of the body. It was these iron embedded particles [called hemoglobin]. She explained in her analysis that “after death…iron is set free from its cage. It forms minuscule iron nanoparticles and also generates free radicals, which are highly reactive…involved in aging.”3

“We know that iron is always present in large quantities when we find well-preserved fossils, and we have found original vascular tissues within the bones of these animals, which would be a very hemoglobin-rich environment after they died,” Schweitzer says.5 “The[se] free radicals cause proteins and cell membranes to tie in knots, they basically act like formaldehyde.”3

Iron as the solution was difficult to imagine as these elements and biological soft tissues certainly were not new to science. It is difficult to conceive that any substance could retain soft tissue and protection from decay for a thousand years, let alone tens of millions of years! Upon closer examination of the iron research and data more problems emerged.

Fossils require rapid burial in water
As a side note, the publication also notes that it was special circumstances that these bones were presumed to be covered quickly [not allowed to decay normally] as in a flood event and with sandstone which is porous and keeps away bacteria. Therefore, the right conditions of the sample being “covered rapidly by sandstone in perhaps a flood event”6 combined with iron acting like a formaldehyde that could last millions upon millions of years science had it explanation and Darwinian evolution was still safe.

Turns out Iron is not responsible for all soft-tissue preservation
A paper was published by Mary Schweitzer’s team ‘A role for iron and oxygen chemistry in preserving soft tissues, cells and molecules from deep time’. A co-author on that paper commented on some of the photographs. He confirmed that there was soft tissue which displayed no evidence of iron. He said, “we saw no iron particles or crystals in association with [all of] the soft tissue samples”. In fact, “while we saw iron inside partially-degraded tissues and believed that iron might help preserve soft tissue, iron was probably not responsible for all soft-tissue preservation.”5 [Emphasis added]. Also laboratory tests have so far shown that the iron theory has retained samples for 2 years—certainly a far cry from tens of millions of years. Also, the experiments have been at room temperatures with no varying temperatures, humidity, freeze/thaw cycles, or natural phenomena.4