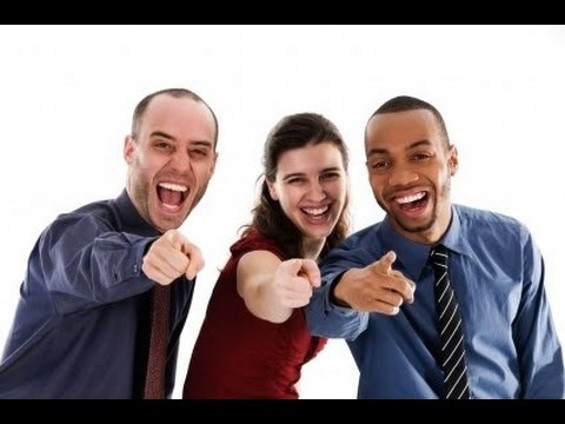 Christians should be frightened to recognize that the church (and not just unbelievers) scoff at the six-day creation, the special creation of Adam, and the flood event of Noah. This is frightening because the bible predicts that these specific areas will be scoffed at in the end days! Christians must recognize that the bible is based on faith and a belief in miracles of God which are not always measurable naturalistic phenomena. These two are irreconcilable.

As a believer it is never surprising to discover that the bible accurately describes the unbelieving world and their willful and blind ignorance to The Truth. However, when the scriptures begin to describe the church at large and its followers, then we should become very concerned indeed!

We need to wonder how is it that the church today largely rejects the Creation account and the Global Flood as described in the book of Genesis despite the reality (and clarity) in which these truths are communicated? The church widely accepts certain miracles of the bible while rejecting core events such as creation and the global flood. Such end day rejection of these events were prophesied by the apostle Peter thousands of years ago. Today, if you are both a believer and you find yourself in lock step with modern day “scientific” consensus of evolution, and therefore you find yourself doubting or perhaps outright denying the scriptural accounts of Genesis: then you should be very concerned! Concerned because today this prophesy includes you! Perhaps you have been lulled to sleep by the drip dogma of evolution over years of education and university. Or maybe it was the constant hammering beat of the evolutionary drum that pulled you toward your disbelief somehow justified by “science”. Perhaps you had never heard anything different in your entire life or never thought about it. Regardless of how we got here, we need to recognize that we find ourselves in a spiritual warfare and we must not allow this deception to continue.

Such denials of Creation and The Flood are not salvation issues. One can believe whatever they want regarding the age of the earth and evolution. We are each entitled to be wrong as long as we have Jesus as our Savior. However, in our opinion, anything that separates us from the blessings of our Creator should be eliminated from our minds and hearts immediately.

“Beloved, I now write to you this second epistle (in both of which I stir up your pure minds by way of reminder), that you may be mindful of the words which were spoken before by the holy prophets, and of the commandment of the apostles of the Lord and Savior, knowing this first: that scoffers will come in the last days, walking according to their own lusts, and saying, “Where is the promise of His coming? For since the fathers fell asleep, all things continue as they were from the beginning of creation.” For this they willfully forget: that by the word of God the heavens were of old, and the earth standing out of water and in the water, by which the world that then existed perished, being flooded with water.”

The bible makes a revealing and frightening prediction regarding those who will live in the last days. This prophesy states that people (evidently believers and nonbelievers alike) will live according to their own lusts and they will deny (or scoff at) three truths of scripture:
1) The Second coming of Jesus {v.4} (Most Christians do NOT deny)
2) God’s Creation account of the earth and universe {v.5} (Even Christians deny)
3) God’s Flood of Noah {v.6} (Even Christians deny)

The Second coming of Jesus

Most Christians do not scoff or deny the second coming of Jesus but the world sure does!

“…scoffers will come in the last days, walking according to their own lusts, and saying, ‘Where is the promise of His coming?’ For since the fathers fell asleep, all things continue as they were from the beginning of creation.” (Second Coming of Jesus)

God’s Creation of the earth

Most believers and non-believers alike scoff at or deny the creation account of the bible and find in favor of evolutionary principles and time lines instead.

…they willfully forget: that by the word of God the heavens were of old, and the earth standing out of water and in the water (Creation by God).”

Most believers and non-believers alike dispute a worldwide global flood despite the massive evidence that such a catastrophe did in fact occur.

“ ...they willfully forget…by which the world that then existed perished, being flooded with water.” (Global Flood of Noah)