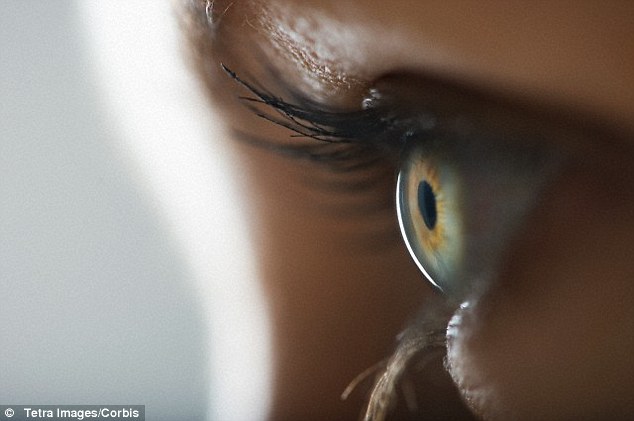 Eyes, once thought to be wired backwards due to evolutionary (“sloppy”) random processes, has been debunked. Today scientists have found cells which act as a living fiber-optic cables which improve daytime vision without sacrificing the quality of nighttime vision. Hallmarks of intelligent design!

Eyes were once thought until recent discoveries, by Richard Dawkins and other scientists and evolution popularizers, that human eyes were wired backwards. This was a favorite topic as evidence of bad design or as revelation of non-intelligent, purposeless and random events– certainly not anything “God did”. They argued that perhaps this backward engineering was evidence of a “blind” process (no pun intended) that had our genetics carrying ancient genetic baggage (“junk DNA”) leftover from eons of evolutionary modifications.

As an example, stated in American Scientific Affiliation Jerry Bergman points out that, “It is often claimed that the human retina is poorly designed because it appears to be placed in the eye backwards.”

Such claims persist despite new evidence largely because this is a great story for evolution, despite having been debunked.

Despite the reality that design does not have to be perfect (as per our estimation of what perfection may or may not be) eyes design has come to be better understood and its function is vastly more complex then originally thought.1

The extreme perfection, complexity and beauty of the human eye – not to mention its dazzling array of utterly astounding functions and capabilities – is both a puzzle and a nightmare for Darwinists.

The “God wouldn’t do it that way” argument is a false assertion assuming we as humans know what represents the best designs for nature or the purposes of God. Atheists gotcha “no designer would have wired the eye backwards, so Darwinism is true– so there!”

Beginning in 2007, physicists and biologists began to more fully understand the eye structures and unravel its staggering complexity.  They discovered that light does not merely pass through the layers of cells to get to the retina (as with some other creatures) but instead “some cells ( Müller glial) act as a living fiber-optic cables to directly channel light from the surface to the rods in the retina thereby improving daytime vision without sacrificing the quality of nighttime vision”.1

Therefore, once better tools were applied the retina was determined to be a design feature and not a design constraint (or error).  See William Paley’s watch argument for the design argument in life.

…until recently it seemed as if the cells in the retina were wired the wrong way round, with light travelling through a mass of neurons before it reaches the light-detecting rod and cone cells.
New research presented at a meeting of the American Physical Society has uncovered a remarkable vision-enhancing function for this puzzling structure.

Ribak, Erez, “Why our eyes are wired BACKWARDS: Strange retina structure enhances our vision” Mar 2015 derived from research by Israel Institute of Technology

As an analogy, a car designed with rear wheel drive is not an engineering mistake compared to one with front wheel drive, although if you get stuck in the snow you might see it that way, such differences are designed differently for specialized purposes. Neither design is “perfect” but rather, each are designed to operated at high efficiency within their specialized environments and for their purposes as intended by the designer (engineer).

More related blogs: DESIGN: “GOD WOULDN’T DO IT LIKE THAT”, BUTTERFLY WINGS DETERMINED TO USE REFLECTIVE COLOR, CELLULAR MEMBRANE STRUCTURE HALLMARK OF INTELLIGENT DESIGN, DESIGN IS IDENTIFIABLE BY THE ARRANGEMENT OF PARTS