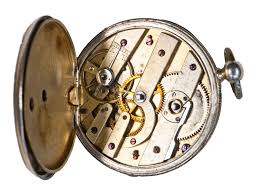 Biological functions in living organisms vastly exceed those of a watch, yet a watch is presumed to indicate a designer but life is proposed as emerging by mere spontaneous chemical reactions. Such explanations are an affront even to childlike common sense. We recognize design by the arrangement of parts and the purpose which they work together. Such as in living things.

One would not look at Mount Rushmore and conclude that it formed over millions of years due to water and wind erosion. Elements within the sculpture are too precise and the images are recognizable and stand out against the natural elements.

“Whenever we see independent pieces ordered to each other to make a coherent whole, we always strongly suspect design.” 1

The more pieces there are and the more the pieces are matched, the stronger the confidence of design becomes. Such would certainly be the case with a wrist watch.

The Analogical Teleological Argument of Paley states: “If I stumbled on a stone and asked how it came to be there, it would be difficult to show that the answer, it has lain there forever is absurd. Yet this is not true if the stone were to be a watch. Let’s say you’re walking around and you find a watch on the ground. As you examine it, you marvel at the intricately complex interweaving of its parts, a means to an end. Surely you wouldn’t think tht this marvel would have come about by itself. The watch must have a maker. Just as the watch has such complex means to an end, so does nature to a much greater extent. Just look at the complexity of the human eye. Thus we must conclude that nature has a maker too.”

Paley’s watchmaker story has clear moral that a child could understand: as intelligent human beings we easily recognize design. One way to describe this understanding is based on a purposeful arrangement of parts. Such designs are never random, but rather, they are clear indicators of a mind at work: an intelligent cause.

Molecular functions within life have been determined to have marvelous complexity well beyond the arrangement of parts of a simple wrist watch.

However, despite such clear logic of design of a watch as compared to design within living organisms, the internet and evolution popularizes by the millions proclaim that the Paley watch argument debunked. Really? How so exactly? Where in the argument within the logic as the debunking occurred? The reality is, beyond presumption and opinion that is must not be true, the argument stands. Therefore, despite such popular conjecture regarding the assumed eminent power of spontaneous and random natural processes, Paley’s argument remains unscathed.

Even the “lowly” bacteria such as cilia or flagellum have been found to be “staggeringly complexity, with dozens or even hundreds of precisely tailored parts…each required for the function of the cell…comprised of things (like): paddle, rotor, and motor.”

Evolution can no more “prove” that the amazing complexity discovered in living systems arose by random chance anymore than they could prove a watch arose by random chances. Both the watch and living systems provide common sense evidence, apparent even to a young child, that by the arrangement of their parts and purposeful function indicates design.