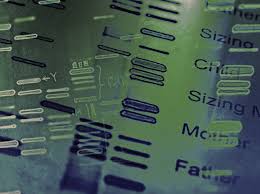 Mountains of recent genetic mapping has confirmed that spontaneous mutations are very much real. However, such spontaneous mutations are not working to build and benefit living organisms as imagined by Darwin, rather, these errors and deletions are accumulating as lost or forever damaged genetic material in a devolutionary manner. Each new generation is progressively getting genetically worse called Genetic Entropy.

The cellular machinery that copies DNA during the standard process of cell division (outside DNA allele function outside reproduction) makes errors. Here, mutation can mean two wildly different things from heredity to literally an “error”. These errors have been found by John Hopkins to be likely the cause of more than 2/3 of all cancers in humans.

Scientists have measured this rate among humans and found it to be about 75 to 175 mutations per generation.”

Using this known information about mutation rates, a research group led by Cornell University geneticist Dr. John Sanford modeled the accumulation of mutations in the human genome over generations using computer simulations that account for more real-life factors than any prior attempts. The algorithms incorporate the standard observations and theories behind population genetics.

They found that the buildup of mutations would eventually reach a critical level and become so severe that humans would go extinct.”

This process of genome degradation over time and successive generations is called genetic entropy. Remarkably, the time frame of human genome degradation coincides closely with a recent creation of six to ten thousand years ago as predicted by the documented genealogies found in the Bible.