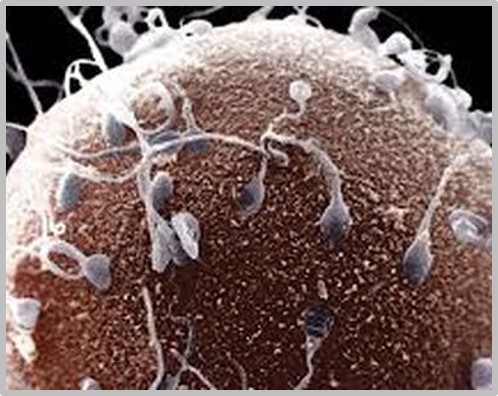 Why would naturalistic processes favor a path where two are required to produce offspring? Spontaneous and random processes would render the simplest pathway. Reproduction is energetically too costly and exponentially too complex, which defies such concepts imagined by evolution.

The origin of sexual reproduction is an evolutionary enigma, complicated by the fact that the maintenance such a reproductive process is extremely costly, energetically speaking. In addition, sexual reproduction results in only half of a parent’s genes being passed on to each of its progeny. Given the fact that this results in a 50% loss of genetic material from both the father and mother, a further enigma has to do with why there would be any advantage for animals to reproduce sexually. Evolutionists have yet to satisfactorily explain such an advantage. (Also), evolution cannot explain the origination of egg cells and sperm cells, and how the two come together to form a living being.2

A male and female are required to bring about new life of most any species. The complexity of this requirement is contrary to the idea that evolution would take the simplest path, adding those things desirable and dropping characteristics that were non-beneficial. How did it become that a male and female would both be required to reproduce?

What is the likelihood that any newly evolved family would have both a male and a female simultaneously ready to reproduce?

The reality again is both would have had to have been fully functioning from day one for reproduction to have occurred. Reproduction itself is irreducibly complex and stands in opposition to evolutionary concepts.

“Directions for the reproduction of plans, for energy and the extraction of parts from the current environment, for the growth sequence, and for the effector mechanism translating instructions into growth—all had to be simultaneously present at that moment. This combination of events has seemed an incredibly unlikely happenstance, and has often been ascribed to divine intervention. ”