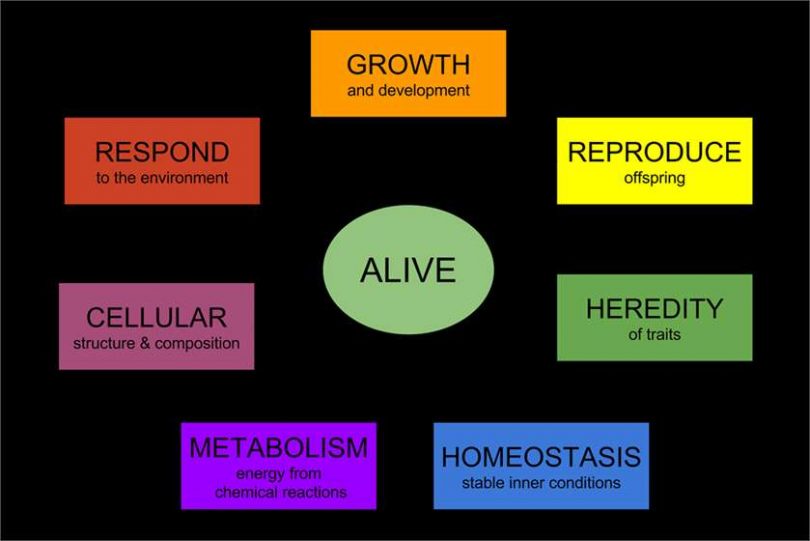 The universe consists of four primary entities including matter, space, energy, and time. Naturalism expects the origin, existence, and persistence of these entities are explained by natural causes and laws. However, the age of genetics has added a complex riddle for naturalistic hardliners: DNA information. The entity of information defies naturalistic origins as the only known causes of the advent of information are those of an intelligent agent. Such a puzzle stands in defiance of long held evolutionary doctrine. Can nature explain the origin of complex and specified information as discovered in modern genetics? Can the purely physical entities of matter, space, energy, and time be mechanisms to generate information?

Evolution remains the modern day universally accepted worldview which sees all things (both living and non-living) originating and persisting purely within natural laws defined by naturalism in the physical. Under the mandates of these views, quite literally everything is thought to be explained by natural processes. Whether cosmological origins of The Big Bang, atomic attractions, chemical affinities, gravitational forces, or the laws of energy, natural causes explain origins. Naturalism concludes that origins of all phenomena can be explained by universal laws. Simply put, evolution does not (and cannot by definition) rely on anything that has origins from the non-physical (metaphysical). This includes such as any act of God. Naturalism espouses only explanations of Nature and the physical. Evolution relies on natural causes as the mechanism forthe universe. Therefore, any reliance on a non-physical mechanism is antithetical or a major stumbling block to evolution.

To answer this question, we must begin by outlining the entities which comprise the universe and all of nature– that includes everything material or physical. There are five primary entities, four of which reside in the physical domain However, as we shall examine, one entity does not exist in the physical but the non-physical, that entity is information.

There four entities within the physical realm are matter, space, energy, and time. The fifth entity, information, could not have originated in the physical, but emerged from the non-physical.

Matter is material that has a mass and takes up space. Most matter consists of atoms (protons, neutrons, electrons) and subatomic particles. The smallest form of matter is currently understood as comprising at least one subatomic particle. Matter is tangible and can be measured, weighed, etc. Dark Matter remains mysterious but it simply is matter that is not visible but Is known to exist based on other effects in the universe. Matter (Including dark matter) exists in the physical.

Energy (or force) has been called the “work” two or more forces generate such as gravity, heat, or electricity. Energy can be transformed from one form into another as a rechargeable battery becoming charged from an electrical current. Dark Energy remains mysterious but it simply is energy that is not visible but Is known to exist based on other effects in the universe. Energy (Including dark energy) exist in the physical.

Time has been considered the forth dimension of the physical universe in addition to the three dimensional universe (width, breadth, and height). Physics considers time to be a fundamental quantity like Matter, Space, and Energy. Time establishes a measurable quantity such as measured from the present into the future. It is a system in which such intervals can be measured and quantified. Albert Einstein’s Theory of Relativity established time as a physical entity because its passage has been proven to be variable (relative) to other physical phenomena such as gravitation fields, travel speeds, etc. Time exists in the physical.

Information has been distinguished as an intangible process, body of knowledge, and even as an entity (or “thing”) within reality such as time. Information at its most basic core is “informative“. Informative things include data, text, objects, and events. Information extends through communication such as language to be transformed into purpose, intention, and volition (or will) of the intelligent agent. Significantly, information is non-physical.

Information is found within living organisms as revealed in genetic code. Sophisticated coding driven by machine-like language using quaternary letters (G,T,C,A) arranged to formulate twenty different amino acid letters Into language. This coding language assembles all life including building proteins for all living things. DNA serves as a storehouse of specified data that is stored in a massive informational library (like a memory stick). The DNA library is filled with assembly instructions, metabolic function, and reproduction of all living organisms.

Information could not have emerged by physical processes alone because the nature of information derives from a non-physical realm. Information’s only known and intuitive cause comes from the intentional act of an intelligent agent. Information has never been observed to have emerged by any other cause. A computer programmer codes software for the purposes of her design. Significantly, information, like the presence of computer code, emerged due to the cause of intelligence. We can conclude this because by definition information cannot emerge by natural random processes. In other words, information could not exist outside the action of an intelligence. Therefore, genetic coded information, like computer code, are evidence of intelligent causes.

Complex and specified Information only comes from volition (or the “want to”) of an intelligent agent. Clearly, information does not and has never been observed to spontaneously emerge in nature. Such an occurrence would be oxymoronic.

Information reveals purpose. Just as information is composed by the actions of an intelligent agent, it is used to perform a purpose. Purpose, like information, is non-physical.

Hardware is physical and information is non-physical.

Just as the hardware components of a computer (wires, circuits, and even electrical current) do not reveal the purpose of a program or its programmer, the physical hardware of atoms, chemicals, or natural structures can explain what it means to be alive. Hardware alone (whether for a computer or a living organism) provide only physical structure or building blocks. Apart from the non-physical injection of information there is no life.

What is “alive” has been determined to be based on the presence of information. We have discovered that an assembly list of physical components cannot explain what is alive. DNA has revealed that apart from such complex and specified information there cannot and would not be any life. Cells, including the chemical structures of amino acids, proteins, are physical materials but the molecular machines used in living cells are driven by the mechanism of information. Without genetic information life would not exist. We have found that no known natural laws such as as chemical affinities or atomic attractions can build anything apart from information.

A fully operational computer void of any operational software provides no practical use. Likewise, atoms, chemicals, and any natural physical components void of genetic information provide no mechanism to cause life. Whether it is a computer program or a living organism neither has life (purpose) without information.