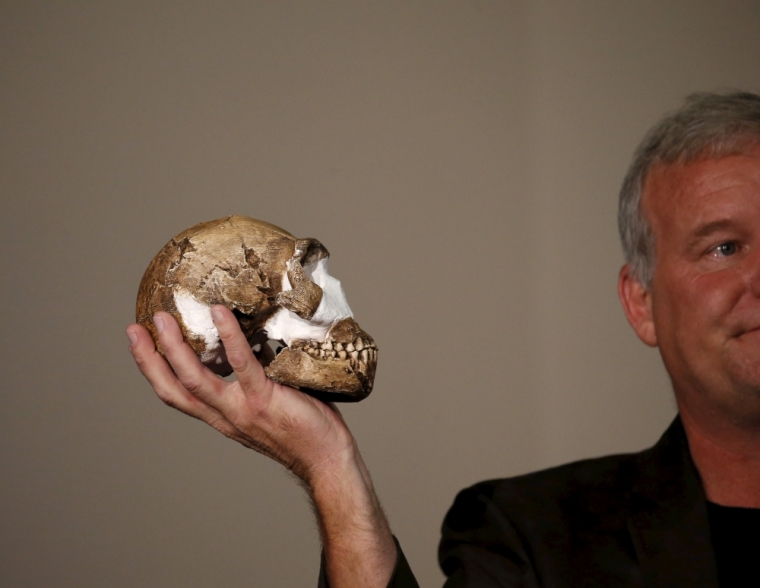 Scientists that assume their samples are more than a million years old do not carbon date such samples because carbon 14 dating is only good on samples less than about 50,000 years old. They hold to this non-testing despite evidence that indicates the samples are younger such as the bones not being fossilized (not p
permineralized) which is the case with the Homo naledi bones. The lead researcher even suggested he did not want to “disrespect” the remains by subjecting them to carbon dating. Other competing paleo-experts see right through this smoke screen…do you?

Researchers have not generated any scientifically generated dating test on the over 1500 bone specimens collected (called Homo naledi) discovered by Lee Berger and his team in 2013.

Perhaps an obvious choice for bones assumed to be human would be to carbon date these non-fossilized bones. But this is not the practice because any presence of carbon-14 in the samples would trample the story of ancient fossils. Such a discovery would actually render these bones as mere monkey or ape bones. This is far from an appealing outcome for the paleontological team.

Therefore, Lee Berger and his team, assume the bones were too old to test for measurable amounts of carbon-14 based on their worldview of the evidence. They refuse to carbon date despite the fact that such a test, if actually found void of carbon-14, with a half-life of only 5,730 years, would eliminate the possibility of the samples being proclaimed as less than 100,000 years. But, just as with carbon dating of dinosaur fossils, the fear that any detectable carbon-14 would demonstrate a youthful age this test is not completed on assumed old samples.

The discovery of carbon-14 would place Homo naledi right alongside modern humans which would be a very negative outcome for the team. Such an outcome would step on the human evolution story, the fame, the funding, and the scientific notoriety for the team.

Additionally, Lee Berger was quoted as claiming another reason he would not use carbon-14 dating was an ethical reason. He felt conducting such a test would be “disrespectful” to these hominids despite he was the one that dug up all the bones to begin with and there were over 1550 specimens.

TEST #2 NOT COMPLETED: No Electron Spin on tooth enamel used:

The researchers could also have used electron spin resonance dating that other evolutionists use (to date) tooth enamel. Homo naledi researcher Lee Berger’s team found 179 dental crowns in the cave—yet no test was conducted.”

The researchers reported an attempt to date the fossils using the uranium-series dating technique, which measures the amount of uranium trapped in flowstone deposits and compares it to an assumed deposition rate. But they never revealed the results of this “failed” attempt because they claimed the process was contaminated from “fine dusting of a detrital component derived from associated muds.”(1,2,3). Results that do not meet expected timelines are discarded.

Age of Fossils– assigned without using any scientific dating methodology

Despite having obtained no scientifically generated dating data, as of December 2018 Homo naledi fossils are being reported by Smithsonian National Museum of Natural History as being between 335,000 and 236,000 years old. The article is silent as to how this date was obtained because it is only a guess based on what the discoverers wish the age to be.

When National Geographic was asked how the Homo naledi fossils were dated they stated: