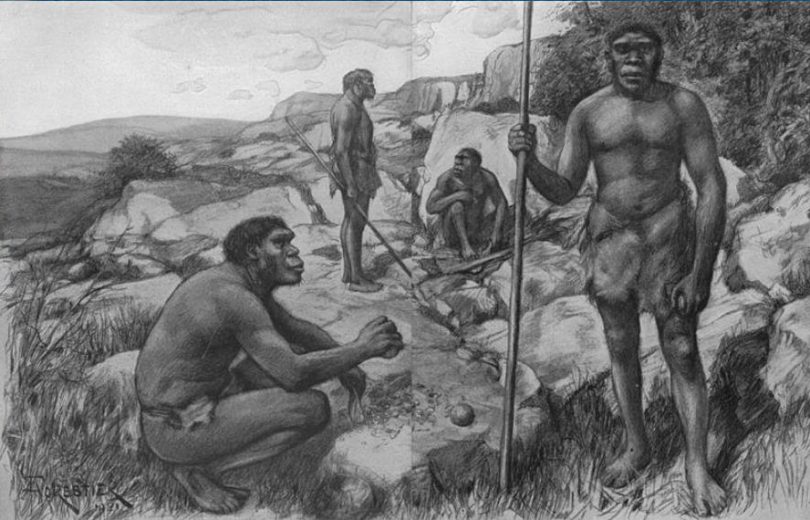 Another of the many front-page stories over the centuries that were published with much fanfare included the discovery of bone evidence for human evolution found in a zinc mine in 1921. It was later determined, after being properly examined by experts that these remains actually belonged to modern human. However, the evidence had been displayed in the British Museum of Natural History for many years as belonging to a stooped over “ape-man”.

This famous “ape-man” display was based on the discovery in 1921 in a zinc mine in southern Africa. The find consisted of the bones from three or four individuals: a man, a woman, and one or two children. Unfortunately, the bones were extracted by a mining company and not experienced scientists. After the bones were sent to the British Museum of Natural History, they were incorrectly reconstructed and displayed prominently for many years as belonging to “ape-men”.

Unfortunately, the museum employees who were unfamiliar with fossil reconstruction had displayed the bones to indicate they belonged to an “ape-man”. They did this despite smashed hipbones fashioning the fossil as being a stooped over missing link.

It wasn’t until many years later, when anatomists finally examined the skeleton, that it was determined to be nothing more than a modern man.