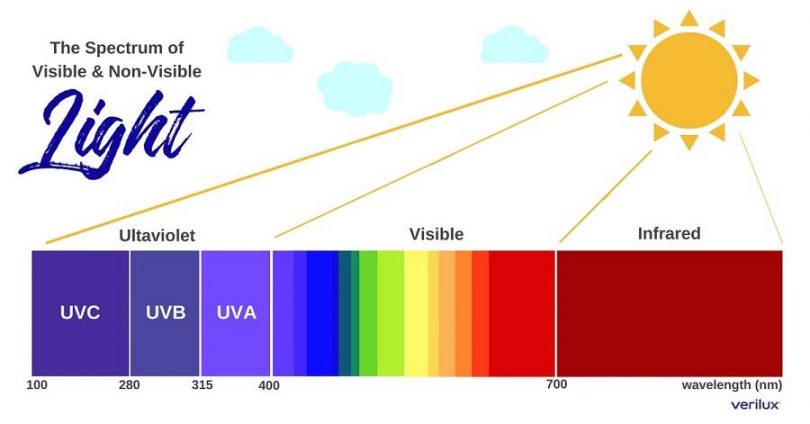 Origin of Life researchers including Stanley Miller, Harold Urey, and even Carl Sagan have used experimental apparatuses which filter out the damaging spectrum of ultraviolet light designed to allow their “random” experiments to produce amino acids “by chance”. They are intelligent chemists and recognize that the full spectrum of sunlight within their apparatus then they would fail to produce any amino acids.

Sunlight can be broken into three types of radiation: longwave (UVA) such as blacklight which is safe for most biological life, shortwave (UVB) causes sunburns and various forms of cancer, and ultra-short (UVC) waves such as x-rays or microwaves are vastly deadly to biological life. The shorter the wave the more energy it contains, therefore, the shorter the wave the more damaging the waves are to biological compounds such as amino acids.

The Miller Urey Experiment sought to render amino acids within their experimental apparatus composed of assumptions about the early earth’s atmosphere. One assumption was the early earth had no free oxygen (when conditions become oxidizing no amino acids are formed 1) and this would unfortunately mandate an atmosphere without an ozone layer. Such a consequence would have caused havoc on any potential living organisms due to the preponderance of the most harmful shortwave radiations which would not have been absorbed by the early earth atmosphere without an ozone layer. It is well known that the ozone layer filters out most of the damaging radiation of the shorter wave lengths (UVB & UVC) known to cause cellular damage, cancers, and even cellular death.

Despite the reality that the sun emits all forms of radiation, it is telling to recognize that Origin of Life scientists filtered out all radiations except longwave Ultraviolet light from their experiments. They did this because they knew fully well as trained chemists, that longwave such as UVA’s where more forgiving toward amino acid formation while shorter waves destroyed them. Therefore, the purpose of using filtered light is obvious, but when examined in light of the intention of the experiment it fails logic. If the experiment was proposed as being an example of random and spontaneous events on earth orbiting the sun, to form amino acids, then the manipulated outcomes are void.

Many “amino acid first” Origin of Life experiments do not to use the full spectrum of light and radiation associated with actual sunlight and they therefore also fail to demonstrate anything other than the intelligent design of the experiment by the scientist. By intelligently eliminating the “problems” such as the damaging ultraviolet light they neglect to mention that nature has no mechanism to provide such filtration. This worsens by magnitudes when the proposed early earth atmosphere lacks free oxygen and ultimately an ozone layer– the shortwave lights have been estimated to being 100 times worse!

So why do Origin of Life researchers filter sunlight in their experiments? Clearly, the reasons are self evident, they know that the presence of the full spectrum of UV radiations as emitted by the sun would destroy amino acids from being produced.2

As intelligent agents scientists over the decades have designed such experiments to successfully produce amino acids. Unfortunately, such results have nothing to do with emerging randomly, spontaneously, or naturally but are better explained as being excellent examples of intelligently designed processes.

Abiogenesis refers to the emergence of life from non-living chemicals on a prebiotic earth. Based on the information found on websites and on the internet, one might believe this is all but fully understood. It is far from being...