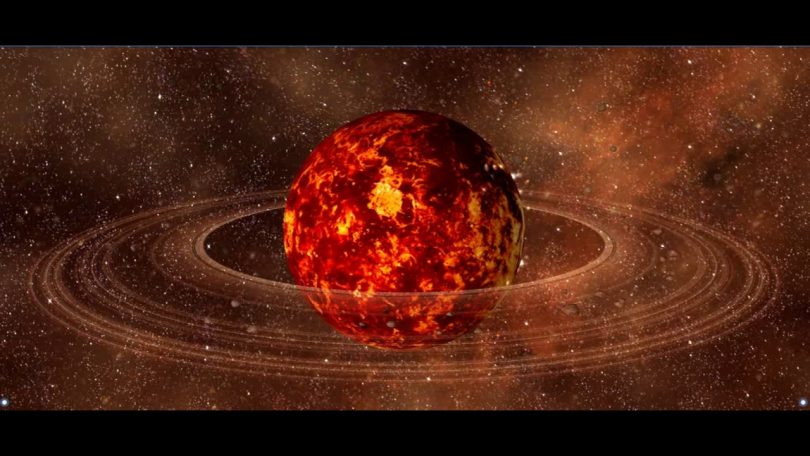 The many cultures of the world have estimated the age of the universe and the earth based on their customs and historical accounts, although while each was different, none were more than 10,000 years. Seeming to indicate that people originally had common historical and oral knowledge of the original creation. The concept of an ancient earth (of a million years or more) had not been proposed until the late 18th centuries when naturalistic positions began to gain traction.

The age of the earth and the universe has changed over the years. Scientists throughout history have gained more data, however, most importantly, science has moved from a biblical worldview to a naturalistic worldview. For most of human history and even into modern day, some scientists continue to use the creation event (as recorded in the bible) as a guide to estimate the age of the earth and the universe. Many such cultural and historical estimates are in the thousands of years range are shown in the image to the right.

However, by the late 18th century naturalistic scientists, departing from biblical worldviews, began to consider that the earth was a perhaps a million or a few million years old. By the middle of the 19th century based on thermodynamics and the concept of entropy the universe was determined that it must be infinitely old (approximately 25-45 billion years old was suggested). In 1915, Albert Einstein constructed the first cosmological model describing the perceived static and infinitely old universe. Later in 1922, Alexander Friedmann described that the universe must be either expanding or contracting and therefore not static. Later in 1929, Edwin Hubble and Vesto Slipher used observational “hints” that the age of the universe was not infinite but finite based on factors including the expanding universe. By 1965, the discovery of microwave cosmic background radiation provided conclusive evidence that the universe was not static but was expanding based on the radiation which was assumed to be the left over from The Big Bang. By 2013, using the latest models for stellar evolution, based on the estimated age of the oldest known star was 14.46 billion years. (1)

It is important to note that the computed age for the universe depends directly on the conjecture of the particular Big Bang model utilized. There are many different models which use differing data points within their calculations, some are considered to be more accurate than others, but the modern day consensus finds the universe billions of years old.

“We have a number of different data sets that point to this conclusion, but in reality, it’s all the same method.”

“How Do We Know The Age Of The Universe Starts With A Bang?” Ethan Siegel Forbes, Apr 2016

For the calculation of the age of the universe to be correct, so must any particular model of the Big Bang be correct. Such models are based on a multitude of codependent assumptions and constructs which also be true. Keep in mind that even in recent scientific history many such constructs have massively changed. Additionally, there are perhaps thousands of such codependent assumptions and constructs which any single theory also may hinge.

These characteristics of the cosmological principle are highly debated as to how they apply or fail within any given proposed hypotheses. They are debated beginning with how The Big Bang could have occurred (in the first place) without imploding into a massive black hole. Other issues have been dubbed in cosmological debates related to the flatness problem and the horizon problem. These are “problems” for evolutionary expectations and not creation.

Kate Becker cosmologists explains the problem regarding the cosmological principle this way, “Imagine the universe as an infinitely large field with one perfectly symmetrical hill, of which you are seated on the top of this hill. Looking around the universe seems isotropic (the same in every direction) since the hill is equally green and equally steep in all directions. However, the universe is not homogeneous (the same in all locations), after all it has a hill!

Scientific observations have confirmed that uniformitarianism (the present is the key to the past) does not always hold true under all conditions. Therefore, decay rates, erosion rates, atomic function, particle behaviors and other observable process rates in the present do not hold true as applied to all time or the distant past. To illustrate such conditions, scientists have confirmed that extreme cold temperatures of absolute zero (-459.67 degrees Fahrenheit) causes atomic function to cease. Or particles behave differently under extreme conditions of speed or heat as observed the Hadron Collider. Essentially, the processes as observed today under present processes do not indicate how many geologic and volcanic episodes impacted the earth over perhaps a few years as evidenced at Mount St Helen’s.

Certainly from a creationist worldview, the earth, the universe, and all living things were created very recently. As we have stated in our articles and arguments what is observed today may have been much different in the past especially during extreme events such as the miracle of the creation of the universe. This means that after the universe and earth were created they were immediately fully formed and functioning from the start.

An example that illustrates this is the creation of Adam. The bible tells us that God created Adam from the dust of the ground. Therefore, Adam was never an embryo, infant, or a youth. Adam did not have a mother or a father. Adam was made from his first breath as a fully grown and functioning man. This principle applies equally to the creation of the earth and the universe, they too where fully formed and functioning from the very start.

Irreducible complexity in living things speaks to design that must be fully functioning from the start. In reproduction need both a fully functioning male and female are needed which also challenges the concepts of evolution which would take the simplest path. The ultimate dilemma stated as “which came first the chicken, or the egg” also illustrates this point. The answer, of course, is God created the Chicken first and the egg was designed to provide a means to propagate more chickens in the future.

An interesting thought to consider: after God created the earth did the mountains have erosion? Were river rocks created smooth under the running waters of streams and rivers? Were beaches already covered with pulverized rocks we call sand? What about radiometric decay rates?

These are deep questions which many will reject by proclaiming that if God created with preexisting erosion then this renders God as deceptive. Deceptive because the fully functioning earth, universe, and living bodies He created fully formed and functioning from the beginning give us the “deceptive” impression of antiquity. This is not a strong argument when one considers God Creating everything from nothing! The deception belongs to all of us!

Therefore, we look at the result of the fully formed and functioning universe around us and we reason (within our finite minds) that creation must be due to a result of eons of time. This conclusion is logical when it is based on our comprehension being confined within the domain of time (another physical entity which God created). It is a logical chronological comprehension (understanding based on the passage of time) which causes us to struggle to comprehend origin events such as the creation of the earth, the universe, and all life from nothing.

Finally, many will contend that a ‘miraculous Creation of God’ are not scientific, which of course we acknowledge, Creation by God is a belief but this does not render our explanation invalid. The term ‘miracle’ implies events that we do not observe in nature or could not have observed because they happened in the past. Naturalistic theories regarding origins also include the universe, earth, and life (abiogenesis) and these theories also fail to meet any scientific observation, therefore, they too are based on beliefs and not science.

The reality is neither Naturalism or Creationism can draw scientific conclusions regarding origin events which occurred in the past and were unobservable. The reality is, such events of the past regarding the formation of the universe, earth, or life are answered based on ones worldview (not the scientific method). Ultimately, this issue must be resolved by every individual based on their belief based either on theories of man or miracles of God.