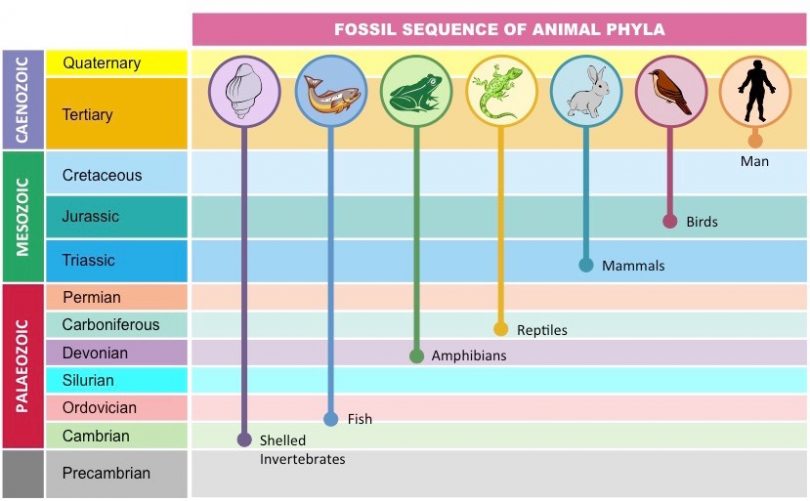 Darwin recognized that the fossil record told a radically different story then that of transmutation. Fossils revealed stasis of animals. Stasis where animals remained largely unchanged after many millions of years. Darwin knew, outside of variety within the same species, animals in the present were not trans-mutating into novel life forms. How then did fish become frogs? Evidence of stasis in the fossil record left Darwin considering the record as incomplete. To date, fossil discoveries have not vindicated his theory of transmutation of species.

PROBLEMS WITH THE FOSSIL RECORD

Charles Darwin acknowledged over a century ago in 1859, in his famous book “On The Origin of Species”, that many evidentiary problems persisted in the fossil record opposing his then new theory.  The concept of slow gradual changes accumulating the good and eliminating the bad:

It may be said that natural selection is daily and hourly scrutinizing, throughout the world, every variation, even the slightest; rejecting that which is bad, preserving and adding up all that is good; silently and insensibly working, wherever and whenever opportunity offers…”

Darwin, Charles “The Origin of Species”

Darwin knew that the clearly observable stasis of animals in the present contradicted his theory of modification from one animal into another in what he called transmutation. Therefore, it had to occur gradually– so slow one cannot see it or measure it. Darwin recognized that if such transmutations had occurred over these many millions of years in the past, then this process would have left behind an almost unimaginable quantity of fossils as evidence. To Darwin’s dismay, the evidence was largely void. Every geological stratum was not swarming with these many millions of intermediate fossils as Darwin’s theory would expect.

Darwin theorized that this gradual modification process was based on a Common Ancestry that all living things shared were “simple” organisms grew increasingly stronger, better, and more complex, through a process he called random mutation and natural selection. The theory envisioned living organisms of all kinds “evolving” thru seven categorical levels. Darwin’s theory reasoned that transmutation was the blind random hand that caused the “lowest” and “simplest” organisms to move from general to specific. From kingdom, into phylum, into class, into order, into the family, into genus, and finally into species the “highest” level.

In addition to lacking the millions of transitionary forms expected by Darwin, the Fossil Record evidence also told a radically different story from transmutation. It told of stasis. Stasis means an animal at the family level remains within the same family. Animals and organisms have never been observed to change or transmutation into new distinct life forms. Categorizations were convenient, but they did not, in and of themselves, illustrate any observable changes. How then did fish become frogs?  While the fossil record does reveal the small-scale variation of the same species, it does not indicate transmutation. Fossils indicate that the large body styles of animals were not changing at all. Most of all animals found in the fossils remained virtually unchanged for millions and millions of years. This was certainly not good news for Darwin.

For example, the trilobites emerged suddenly in the Cambrian layer as a complex organism, lacking precursor in lower strata.  Paleontologists over the years have found minor body modifications in trilobite fossils which are largely only identifiable by experts under microscopes, but no new form novel organism transmutated. Trilobites remained trilobites.

As a PhD candidate, I set out to collect trilobite fossils from all over the Midwest. And I started to realize that the fossils I was collecting — whatever point in time I was in — all looked the same. I found no evidence of change.”

Eldredge, Niles (co-author of Gould, Stephen) on The theory of punctuated equilibrium https://evolutionnews.org/2015/10/stasis_when_lif/

The first major discovery was that stasis was much more prevalent in the fossil record than had been previously supposed. Many paleontologists came forward and pointed out that the geological literature was one vast monument to stasis, with relatively few cases where anyone had observed gradual evolution.

Another example of amazing stasis is The horseshoe crab. Emerging in the Cambrian Explosion it has maintained remarkable stasis for (a supposed) 485 million years!