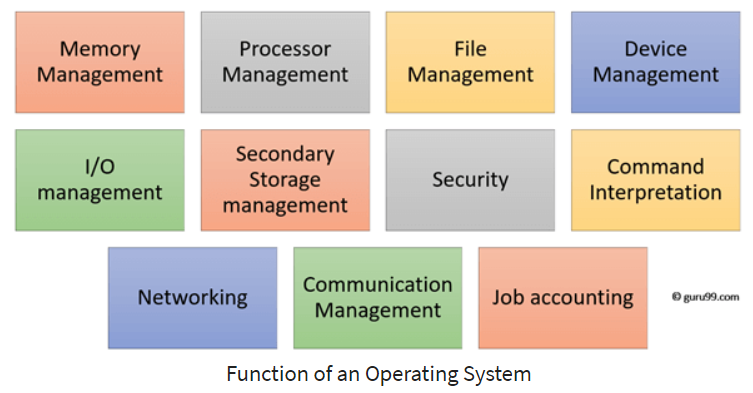 The non-coding portion of DNA represents 98% of the volume of material in the human genome. This portion was called “junk DNA” early on by evolution popularizes based on a belief of many millions of years of mutational mistakes accumulating in the genetic material. This has proven to be one of the greatest blunders in the history of biology.

From the naturalistic perspective, all diversity of life forms evolved from a “simple” organism such as bacteria which diverged and vastly improved over time. Over the eons of time many generations advanced from single cell organisms to multi-cellular animals, finding the pinnacle of human beings a few million years ago. In 1972, geneticist Susumu Ohno identified that the bulk of the DNA genome (98% of it) was found not to be involved in protein coding. He quickly concluded that the majority of the genome that was not used for protein coding was “junk DNA”. He (ignorantly) reasoned from his Darwinian evolutionary perspective, that the 98% non-protein coding region were mere vestiges or remnants from past errors and mistakes– it was the junk that was left behind. Ohno’s claim has been called “the greatest blunder in the history of biology” and has been firmly debunked.

In 2015, Francis Collins, the director of the National Institutes of Health, made a comment that revealed just how far off the comment of Ohno’s regarding “junk DNA” was in light of recent research. Collins stated, “We don’t use that term anymore, it was pretty much a case of hubris (ignorance) to imagine that we could dispense with any part of the genome—as if we knew enough to say it wasn’t functional…(Pointing out that what DNA scientists once thought as junk) turns out to be doing stuff.” 1

“The failure to recognize the full implications of information derived from non-coding DNA may well go down as one of the biggest mistakes in the history of molecular biology.”

Today over 80% of the genome has identified function and…it is expected that 100% will be discovered as functional.”

Guru 99 explains that: “In an operating system software of a computer the following functions are performed: Process Management: Used to add and delete processes while providing mechanisms for synchronization and communication among processes; Memory management: Memory management module performs the task of allocation and de-allocation of memory space to programs in need of this resources; File management: It manages all the file-related activities such as organization storage, retrieval, naming, sharing, and protection of files; Device Management: Device management keeps tracks of all devices. This module also responsible for this task is known as the I/O controller. It also performs the task of allocation and de-allocation of the devices; I/O System Management: One of the main objects of any OS is to hide the peculiarities of that hardware devices from the user; Secondary-Storage Management: Systems have several levels of storage which includes primary storage, secondary storage, and cache storage. Instructions and data must be stored in primary storage or cache so that a running program can reference it; Security: Security module protects the data and information of a computer system against malware threat and authorized access; Command interpretation: This module is interpreting commands given by the and acting system resources to process that commands; Networking: A distributed system is a group of processors which do not share memory, hardware devices, or a clock. The processors communicate with one another through the network; Job accounting: Keeping track of time & resource used by various job and users; Communication management: Coordination and assignment of compilers, interpreters, and another software resource of the various users of the computer systems.”2

Similar to the operating software of computers, the non-coding portion of the DNA genome complete a dizzying array of information related tasks and responsibilities.

“Scientific discoveries have shown that non-coding regions of the genome…(1) Regulate DNA replication, (2) Regulate transcription, (3) Mark sites for programmed rearrangements of genetic material, (4) Influence proper folding and maintenance of chromosomes, (5) Control interactions of chromosomes, (6) Control RNA processing, editing, and splicing, (7) Modulate translation, (8) Regulate embryological development, (9) Repair DNA, (10) Aid in immunity,a (11) Introns and Exons mark the start and end of sections of the genomes…for specialized protein coding, (12) Specialized protein assembly instructions…are stored in overlapping and/or multiple regions of the genome that can be combined and edited with “spliceosomes” and “editosomes”.b

MULTI-TASKING. Cell and genome biologists have discovered that these supposedly “useless” non-protein-coding regions of the genome function similar to the operating system of a computer and can direct multiple operations simultaneously.3

DATA FOLDER SYSTEM LIKE A COMPUTER. Additionally non-coding regions of the genome have discovered that “the cells information-storage system is reshaping our understanding of the gene itself” The cell accesses data as if in file folders like a computer system.  Dividing programs from subdivided data folders, and storing files within these folders.  Marking files for faster access.  Even concentrating genetic information to maximize information storage.3

DNA CAN WRITE COMPLETELY NEW PROTEIN INSTRUCTIONS. Remarkably, the genome also maintains sets of assembly instructions which can be used to write brand new instructions, splices, and edits that do not directly reside in the genome.  This function can splice and edit instructions located inside different areas of the genome or from multiple protein producing regions of the genome.3

“Indeed, as a result of the overlapping genetic messages and different modes of information processing, the specified information stored in DNA is now recognized to be orders of magnitude greater than initially thought…”

Of course the genome does display elements of damage from past transcriptions, deletions, mutations, and the like, but these are not “junk” nor are they what would be expected by Darwinian evolution. Evolution imagines a continual improvement and diversification of species caused by the mechanism of spontaneous random mutations adding new information and beneficial characteristics into the genome to later be locked-in by natural selection. However, this is not what the genome reveals about such mutations. The remnants of past errors and deletions reveal a degradation and degeneration of broken or lost genetic material. Spontaneous mutations are not “adding up” or “improving” species at all…rather, genetically we are falling apart. Genetically we are becoming worse off with each new generation–quite the opposite of what the theory of evolution proposes.

“The genome does display evidence of past viral insertions, deletions, transpositions, and the like, much as digital software copied over and over again accumulates errors.”