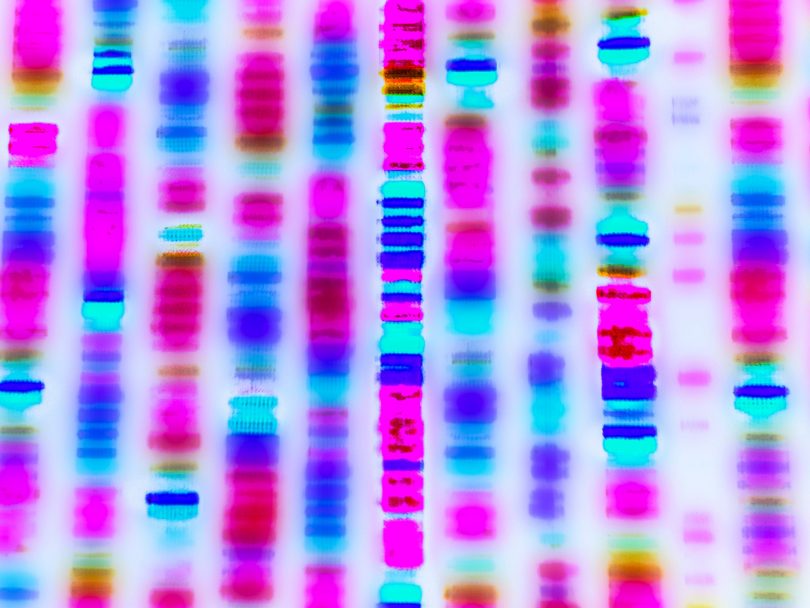 Computer models have shown that even modifying just two amino acids on a protein chain to the simplest possible function, proves to be (beyond a pure miracle) a mathematical impossibility for spontaneous mutation to ever accomplish– even if given hundreds of billions of years.

Can they account for beneficial traits in an organism? Yes* (*but only if we are generous with the term beneficial because most attributes either degradative or in rare cases such as Sickle Cell are diseases but they did provide the benefit of survival).

It is “an insurmountable problem for undirected evolution but not because of the amount of time involved…(but) rather because damaging a gene only requires a single hit, and it is the ratio of times that is crucial.” 1

When spontaneous mutations occur, and of course they do occur, damaging substitutions are found mostly outside of reproduction (non-sex cell) causing somatic cancers which account for a staggering 2/3 of all cancers in humans 2.

Importantly, the ratio of DNA material used for protein production has been determined to be less than 2% of the total DNA double helix structure 3 (This is why some early scientists incorrectly assumed the other 98% was composed of “junk DNA” which has been debunked and most all DNA will likely be determined as 100% fully functional 5). Therefore, other spontaneous mutations may fall on any portion of the DNA including the other 98% of DNA structure not involved with protein synthesizing. Such mutations are not damaging (as far as modern research indicates but we yet know very little) and are therefore are considered as neutral. 2

Such neutral mutations are estimated to account for the remaining 33% of all mutations 2. So, 2/3 are cancerous, 1/3 are neutral 2.

So, what about beneficial mutations? These are (besides evolutionary assumptions and conjecture of the unobservable past) essentially non-existent. However, based on the handful of arguable beneficial mutations (including bacteria and viruses which mutate at wildly accelerated rates as apparently part of their intended function 4) perhaps beneficial mutations represent one billionth of one percent (which is a very generous estimate as the number can arguably be lower).

So why can’t spontaneous mutations account for a two amino acid substitution?

The reason is math. Spontaneous mutations occur by the millions (especially in viruses but much less in multi-cellular organisms like us) which each can potentially provide damaging hits to the protein chain before even the first positive amino acid point is obtained. These odds are so unlikely because DNA reproduces itself with amazing faithfulness 1. Such mutations are seldom passed to future generations (research shows about 40 or so mutations pass to the offspring) in humans and (to date) these have been neutral or detrimental.

To put this in perspective there are approximately 1018 seconds in 15 billion years!

Such staggering odds are due to the massive unlikelihood that a second beneficial substitution would occur by spontaneous chance in addition to the first. (see illustration below) There are massively more areas on any given amino acid chain which will break the protein gene as compared to the scant few points where possible improvements lay.1

Consider the rationale that trillions and trillions of beneficial spontaneous mutations moving (evolving) bacteria into a human being over even if given a hundred billion years still happened by pure serendipity. Even to have assumed to have occurred by the blind watchmaker of evolution, constantly improving, building, and diversifying thousands and thousands of living organisms. Each generation (contrary to actual genetic evidence) moved forward, somehow ignoring damaging effects, and by and largely moved positively forward with each new species. In doing so, evolution violates or ignores multitudes of observable scientific principles such as entropy and mathematical odds, somehow caused the descent of all organisms.

In light of a failure at only two amino acids is a mathematical catastrophe and a death blow to Darwinian evolution for anything more.

This reality for Darwinian evolution, dependent on spontaneous random mutations as its mechanism combined with natural selection as to how all diversity and common ancestry of all life emerged is a “Poison-pill.”1 Darwinian evolution has been determined to have arrived on the proverbial stretcher as dead on arrival.

Scientific Computer Model Analysis: Dr. Behe and his colleague sought to build the most basic protein structure as a disulfide bond he called a simple “hook and latch” protein.  These proteins could allow the protein to bind to other functions and thereby might become a beneficial change.   After the math was settled the results were devastating. The ratio showed that breaking the protein chain occurred hundreds of millions of times before any beneficial change could ever be rendered by random chance. The shattering conclusion: Darwinian evolution cannot bring about even a simple two amino acids “hook and latch” 1 protein. Beyond perhaps a miracle, Dr. Behe remarks that “it simply cannot ever occur“.1 Furthermore, the research points out, that If the mechanism for the most simple protein chain cannot be accounted for by computer modeling, which provides the best possible scenario, then how can one even scratch the surface on known elegant complex molecular systems?

Reflecting on the wealth of evolutionary material available today, we are but fully assured that Darwin’s theory has explained everything. And if naturalism is correct, then perhaps it has, because naturalism is either 100% true or 100% false. Everything came from nature only– or it did not.

Throughout our website we have considered such grand assurances as collectively: the theory of everything. Evolution explains the origin of the universe at The Big Bang singularity and the emergence of life when non-living chemicals somehow emerged into living organisms. And everything in-between: the expansion of the universe, star formation, galaxies, planets, moons, asteroids, comets, atomic structure, cosmic order, and much, much more.  Evolution has also been applied to politics, the law, literature, relationships, music, and even love. Alas, although evolution draws the flabbergasting conclusion that they do not exist (except as mere illusions), evolution eliminates purpose, design, and even the mind itself.

The grand theory of evolution does all that, “It just has trouble accounting for a (two amino acid change) disulfide bond.” 1

Even while using very liberal starting assumptions regarding the two amino acid modification within their computer model, the math determined that “it would take a million organisms 100 million years to attain such a feat” 1 The study estimates that in the real world with the vast variables of a dynamically complex system as found in living things, a more conservative estimate was “more like a million organisms would take a billion years to attain the feat“. 1

In conclusion, scientific discovery has determined massively damning evidence that where Darwinian evolution proceeds it is done by damaging or breaking genes. Counterintuitively, such events have helped humans survive during dire circumstances such as Malaria by the Sickle Cell mutations.  In other words, the mechanism largely responsible for Darwinian evolution works by promoting a rapid or sudden loss of genetic information, by squandering genetic material for a short term gain (survival of a viral disease) but at a massive cost to all future offspring. This observable genetic pattern may have a handful of victories but it clearly fails to account for the massive diversity in all life. Scientific research has determined that evolutionary theory, by means of spontaneous and random mutation and natural selection, fails to account for every word promised by the title of Charles Darwin’s ambitious book: “The Origin of Species and the Decent of Man.” It cannot provide any scientific conclusions as to the origins or diversity of any life or species, especially mankind.

…then the Lord God formed the man of dust from the ground and breathed into his nostrils the breath of life, and the man became a living creature.