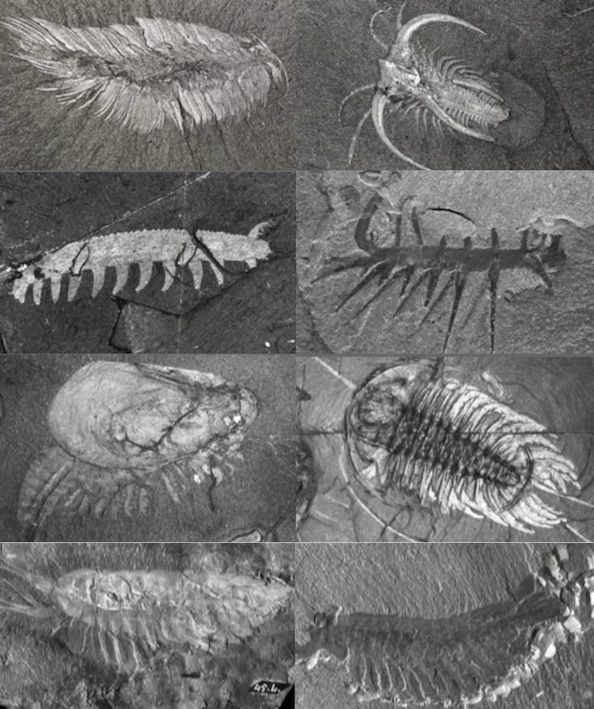 Honest paleontologists, such as the late Stephen Jay Gould, recognized that the fossil record, while filled with thousands of unique specimens, remained void of any viable transitional forms. Therefore, as to shoehorn the evidence to match the evolutionary story, Gould and others proposed various theories to explain this transitionary fossil bankruptcy. But the evidence does not support evolution—at all.

Darwin believed the fossil record to be “imperfect” at the time of the writing of his book “On the Origin of Species.” His writing revealed that “Darwin felt it quite hopeless”(1) that the proper fossils “to prove his theory”(1) (transitional and intermediate species) would ever be found within the fossil record. He discusses at length such issues regarding this imperfection of the fossil and geological records.

Geology assuredly does not reveal any such finely graduated organic chain (transitional and intermediate species); and this, perhaps, is the most obvious and gravest objection which can be urged against my theory. The explanation lies, as I believe, in the extreme imperfection of the geological record.”

Charles Darwin, “On the Origin of Species”

To Darwin’s critics of his day, this seemed like a desperate attempt to cover up the fact there was simply no evidence to support his theory of evolution. It may not seem like that long ago, but in 1859, when On the Origin of Species was first published few fossils had been discovered and described as compared to modern day. Since Darwin’s era, it is safe to say millions and millions of new fossil specimens have been discovered.

“Today millions of specimens are resting in museum drawers, no one would say paleontologists don’t have enough material to work with for many, many lifetimes… “

Despite the claim on the internet and on popular “science” magazines they obediently report that “significant transitional fossils in the record exist“, very little physical evidence is offered. In fact, the primary argument for transitional forms quickly revert back to a plead that the similarities of anatomical structures or debunked arguments regarding embryological development are evidence of transitionary forms. A few others have been proposed (all pure conjecture) such as the Ichthyosaurs are early dolphin-like reptiles, dinosaur-bird transitions, and even “pre-human” species.

“There is no evidence that there have been transitional forms between the basic kinds (of organisms found in the fossil record)”.

Theories abound as attempts to explain why these gaps persist despite all the new specimens found in the fossil record. Perhaps, predators or decay at death caused all the transitionary forms to die off and leave no trace in the fossil record. Maybe all the transitionary forms are missing because fossils are very rare to form and they only form under very unique conditions. {Here we agree regarding the formation of fossils. Evidence indicates that fossils only form under unique processes. The massive fossil record was likely laid down in sedimentary layers rapidly during massive flood waters which rose and receded during the global flood of Noah. We agree that fossils are seldom (if ever) created by uniformitarian processes}.

Other saves came from the famed and late Stephen Jay Gould (and his associate Niles Eldredge) in 1972. Together they devised a conjecture as to why the fossil record persists in lacking any transitionary forms. They called this conjecture Punctuated Equilibrium. Essentially, Punctuated Equilibrium reasons that evolution seldom occurs except in rare events when a portion of a population becomes isolated, then evolution happens quickly as a survival mechanism. As evidence to this conjecture one can point to the all the missing transitionary forms in the Cambrian Explosion. Here the lower “Pre-Cambrian” rock layers find virtually zero evidence of any living organisms or fossils, then suddenly and without any precursor living organisms, millions of highly evolved and complex animals such as the horseshoe crab and trilobites are found fossilized.