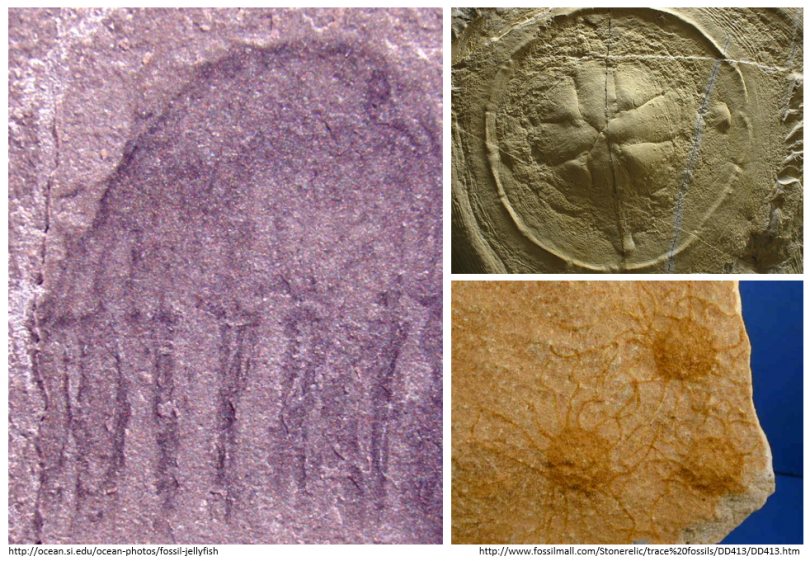 Darwin never expected science to discover any soft bodied organisms as fossils because he imagined slow and gradual processes for all fossil formation. However, such soft animals have been found as fossils. Fossils have been found to be able to form rapidly and under sudden rapid catastrophic conditions. This is another blow to the foundation of naturalistic processes and eons of time.

“No organism wholly soft can be preserved (in the fossil record).”

Charles Darwin, “On the Origin of Species”

“No organism wholly soft can be preserved,” Darwin wrote not knowing that decades later the incomparable Burgess Shale and its array of Cambrian soft-bodied animals would be discovered by Charles Walcott.

“Paleontologists found more than 1,500 soft-bodied marine animal fossils, some dating to nearly 500 million years ago. The discovery provides a more complete understanding of marine life at that time and suggests that these soft-bodied sea animals did not die off during a major extinction event during the Cambrian period, as previously thought.

Why did Darwin believe soft organisms would never be found in the fossil record?

We can reason through his writings that this was perhaps due to several reasons. Due to the lack of fossil evidence as one example. However, we believe he primarily believed no soft structures would be fossilized because of his view on how fossils formed. Darwin, as most scientists of his time, believed that fossils formed through slow and gradual processes as those observed in the present. Today, many scientists have (perhaps reluctantly) conceded that fossils form under flood events (although they are clear they mean a local flood and not a global one) and are often due to organisms being trapped under massive sediments very rapidly. Darwin perhaps had not considered that fossils were formed under such rapid processes which made the idea of finding a soft bodied fossil an impossibility.

However, modern day paleontology has discovered massive amounts of such soft bodied fossils including jelly fish. Additional evidence of fossils forming rapidly and not over slow gradual processes are evidenced in fish fossils swallowing dinner, dinosaurs still in a battle, or even the ichthyosaur in the act of giving birth. Other evidence of rapid fossilization in: miners pick, miners hat, carbonized leafs, cowboy leg in his boot, 1744 silver coin, coal formed rapidly in the lab, and wood petrified in four days in a lab.

However, in 1946 Dr. Reg Sprigg unearthed the first of many specimens including jellyfish to come…
http://www.fossilmall.com/Stonerelic/trace%20fossils/DD413/DD413.htm