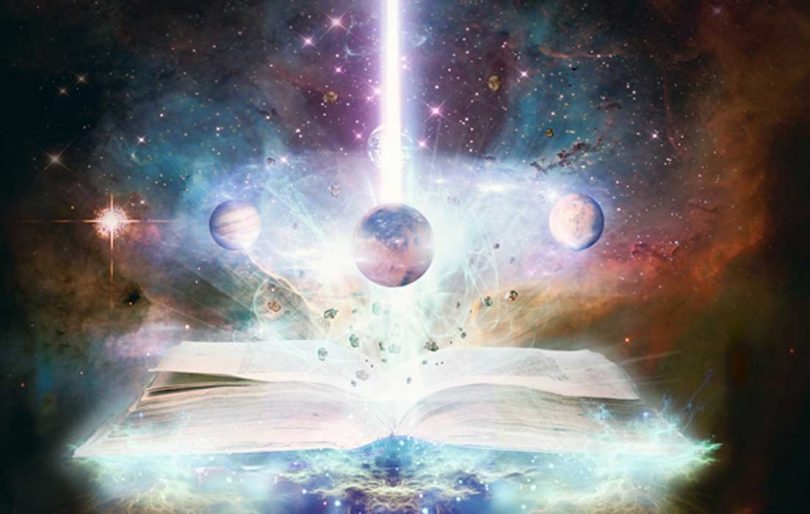 Young Earth Creationism is equally as scientific as Darwinism. Both theories are based on forensic sciences (deduction) because the origin of the universe or the emergence of life cannot be recreated, observed, or experimented on directly. To extinguish Creationism, naturalists eliminated any supernatural causes as explanation within any scientific inquiry. A simple review reveals a clear double standard Darwinist apply to discount Creationists positions because if the same criteria is applied to evolution, then Darwinism also becomes non-scientific.

Critics argue that Young Earth Creationism (YEC) is not scientific for a variety of reasons. In reality the very title of this blog claiming that Young Earth Creationism is Scientific likely strikes a cord with you. Perhaps it strikes you toward agreement, discomfort, ridicule, or even perhaps toward anger. But why? Because we each hold worldviews that drive our beliefs we approach this claim much differently.

Evolutionists are threatened by Christianity.

One core reason for rejecting YEC is the fear that scientists are also Christians. Such fears translate into a belief that their worldview will cause them to anticipate and look for data that supports theories they believe to be true based on faith and not science. As an example, many might believe there was a global flood. And to be clear there is no denial that many YEC’s compose their theories based on their worldviews which include their beliefs. However, do naturalists remain neutral in their pursuits or do they too follow their own beliefs?

Many naturalists (evolutionists) fail to admit (or even recognize in many cases) is that they too are biased by their own worldviews and beliefs regarding materialistic origins. They begin under the assumption that evolution is a fact and therefore they form theories and experimentation which exemplify this framework. They review data under the assumption that the earth is ancient, that living organisms emerged as a result of chemicals and chance, and that Darwinism is an established reality.

To seal this doorway completely, as to completely shut out “Christians” from scientific discovery, Naturalism has an additional hitch. Today, to be “science” causes must be void of any supernatural causes. This is the case despite the chance that supernatural causes might very well be right. But, by adding this hitch, they effectively isolate their own worldview while effectively eliminating any competing theories of the “Christian” slant. None of this has anything to do with science but has everything to do with bias.

Such worldviews influence all scientists (whether YEC or Naturalist) because all scientists are also human. As human beings, each scientists sets out to prove their own theory as the best explanation of the evidence based on the worldview they believe. Scientists seldom, if ever, purely follow the evidence and follows where it leads. Perhaps you believe that this is true, but if you do a closer examination it will be revealed that this is not the case and never has been.

As an illustration, consider the discovery of soft tissues in dinosaur fossils at the turn of the century. To YEC’s this provided exciting evidence supporting recent fossilization and the existence of dinosaurs within thousands of years. This evidence matched the anticipated timelines of the biblical text so it made sense. By contrast, the evolutionist first attempted to discredit the scientist that discovered the soft tissues (Mary Schweitzer), others denied the existence of the soft tissues, then ultimately (as we stand today) they are seeking to explain how the preservation of these soft dinosaur tissue could have lasted more than 68 million years. It should be easy to see how the differing worldviews drove scientists in different directions. It impacted how they viewed the evidence and ultimately what experiments they pursued. Conclusions were different not because of the evidence but because of differing worldviews. Both sides reviewed the same evidence–it was the worldviews that were different.

Worldviews drive research, experimentation, funding, but worldviews mostly and uniquely influence conclusions. Researchers throughout time have tended to magnify evidence that best supports their theory while approaching any contrary evidence with rebuttals designed to undermine or question the opposing theory. This in and of itself is not bad— this is, after all, how science works: theories compete to ultimately produces better data and a clearer understanding in which to draw conclusions.

What is bad is evolution eliminating competing views such as Creationism by merely proclaiming theories that involve any supernatural cause are non-scientific. This is the modern state of science and very convenient to be able to effectively ignore powerful contrary evidence of the opposing theory.

Science, after all, is a purely human endeavor and does not exist separate from fallible humans. All humans have a worldview in which they view reality. “Science” is not a separate entity–it has no throne to sit upon.

Another approach to solve the “problem” of Christians in science, philosophers have tried to determine a “demarcation” or a conclusive definition of what constitutes “science”, but have found such a prospect difficult indeed. Why? The difficulty is due largely because the various fields of science vastly differ in how they conduct their research and conclusions. Some fields operate as a historical or forensic science. Such fields include paleontology (fossils), archaeological (hieroglyphics), or even cosmological theories. The fields use a more historical or deductive approach toward reconstructing the evidence. They cannot recreate the origin of the evidence as an experiment so must use a forensic approach. It is easy to see that both Creationism and Darwinism are largely forensic sciences. Other scientific fields such as pharmaceuticals (medicines) or technologies (airplanes, rockets, or smart phones) use a more direct research and development strategy. Finally, theoretical scientific fields involve thought and perhaps mathematics and literally have nothing to experiment upon. Obviously, these vast differences have made finding a clear definition to define all scientific fields has proven futile.

Young Earth Creationism is not falsifiable?

For anything to be considered scientific it must be falsifiable”

Ruse testified in the case Mclean vs. Arkansas in 1981

Another argument to gag and narrow the definition of what is “science” has fallen to vastly unqualified individuals and judges in the countries court rooms. As an example, during the trial in Arkansas Mclean vs. Arkansas in 1981 the ACLU (who ultimately won the case) sought to muffle schools from teaching Intelligent Design. Larry Laudan pointed out that philosophers had shown that YEC make many testable claims and such claims were nothing if not falsifiable.

To claim that “Creationism is neither falsifiable nor testable is to assert that Creationism makes no empirical assertions whatsoever. That is surely false. Creationists make a wide range of testable assertions…(such as) the earth is of very recent origin…(that) geologic features are largely diluvial (caused by massive flooding) in character…that there are limited variety of species.”

Despite the victory for the ACLU in the court case, years later, the primary expert witness Michael Ruse acknowledged that the non-falsifiable arguments presented in the case if equally applied to Darwinism would likewise disqualify evolution as scientific.1

Darwinism (like Creationism) “depends upon certain unprovable …assumptions”…Darwinism functions as a kind of “secular religion.”

Ruse, Michael; Interview with American Association for the Advancement of Science (AAAS) in 1993

1 Ruse, Michael; Interview with American Association for the Advancement of Science (AAAS) in 1993