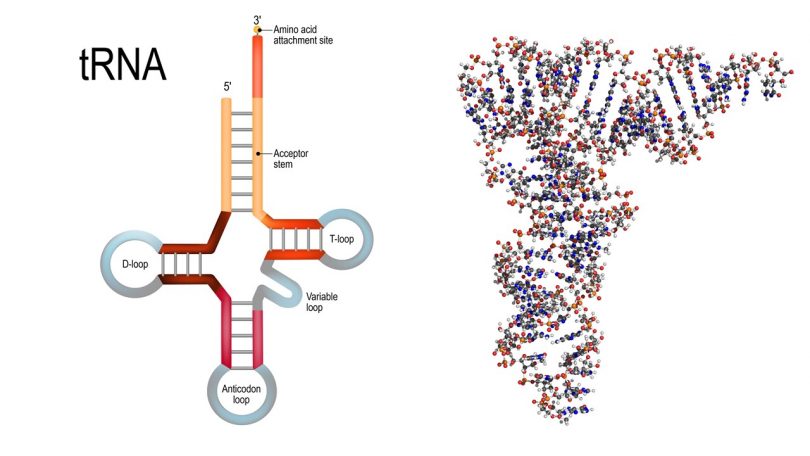 Origin of life theorists must not only explain the emergence of information from DNA, they must also explain the correspondences between the nucleotide triplets of mRNA (copied from DNA) and the specific amino acids transported by tRNA.

Self-organizational theories have failed to explain the origin of the genetic code for several reasons…molecular biologists have failed to find any significant chemical interaction between the codons on mRNA and the amino acid on the acceptor arm of tRNA.1

Both the intuitive and common-sense connection of immensely complex biological organisms and specified information proclaim clear design attributes.  However, evolution popularizers such as Richard Dawkins tell you to ignore this inclination, saying biology is the study of things that appear to be designed but are not.  Metaphysical entities such as information, from our own observations, only emerge from the mind—as information is non-physical.  Ignoring the obvious design within the physical components of living organisms is one thing, however, to ignore the use of information which both enables and is essential to life is quite another.

The use of code within RNA and DNA is well known and understood.  From the code letters of DNA to the translation of Messenger RNA (mRNA) to the assembly of protein chains at the ribosome by Transporter RNA’s (tRNA) each phase uses remarkable specified coded language-like information.

The following letters refer to their chemical codes: DNA uses 4 different nitrogen bases A, T, G and C. After the DNA strand is unzipped, it is copied by mRNA using A, U, G, and C– notice that the U is swapped for the T. Then the mRNA, like a “ticker tape” places “the order” for protein assembly at the ribosome. The information on the mRNA is read in triplicate called a codon. The codon communicates to the tRNA’s which amino acid is required for protein chain assembly in our illustration this code is G, C, C. The tRNA has a three pronged chemical letter at is base called an anti-codon shown here C, G, G. The specified tRNA then affixes itself to the ticker tape based on its anti-codon which delivers the correct amino acid to the building protein chain.

This means that forces of chemical attraction between amino acids and these groups of bases (codon’s) do not explain the correspondences that constitute the genetic code.”2

DNA, mRNA, and tRNA communicate through unique breathtaking coded complexity. The code from DNA to mRNA is unique. From mRNA to tRNA is unique. And even the correspondence from the code of tRNA to the amino acid it carries is unique. Such complexity of coded information is clearly reflects an intelligently designed system.